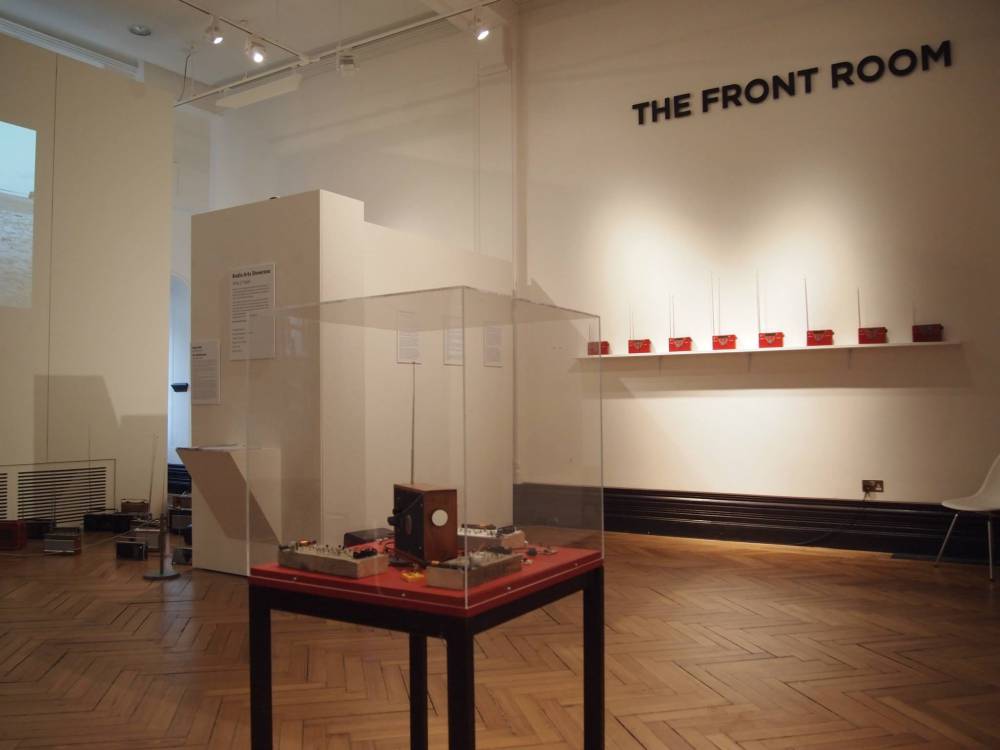 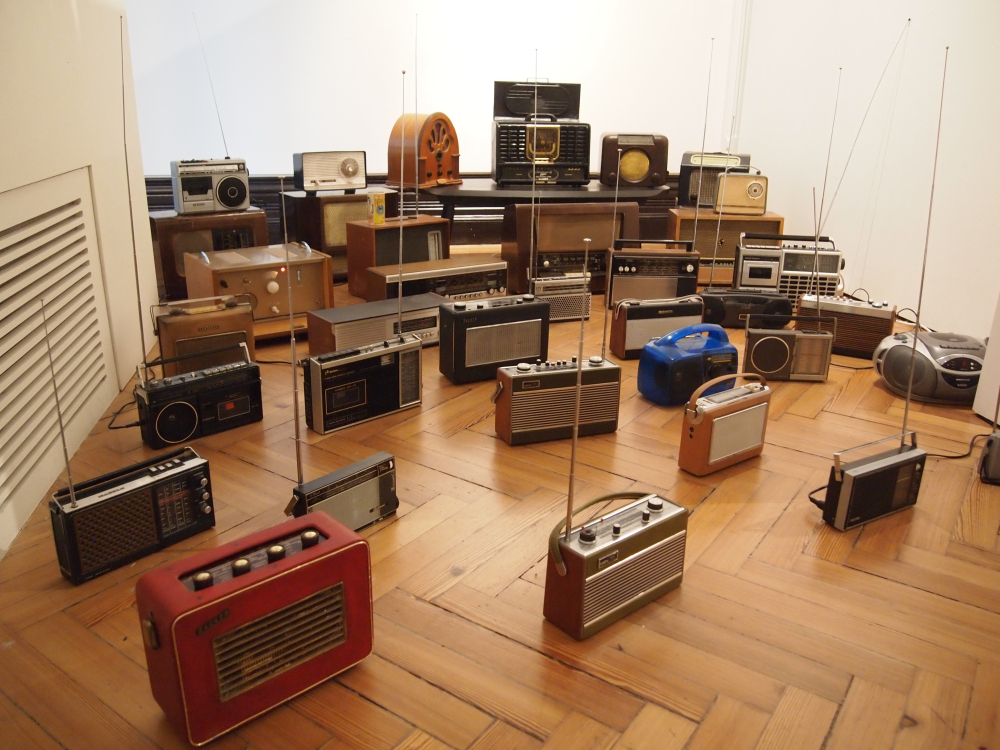 The Radio Arts showcase offered the first public airing of the first Dreamlands radio art commissions. An open call for works responding to the theme of Radio ‘Dreamlands’ has produced a series of outstanding new radio works from international artists Gregory Whitehead, Joaquim Cofreces and Michael McHugh and Noizechoir with new work to come from UK radio artist Esther Johnson.

Gregory Whitehead (USA)’s CRAZY HORSE ONE-EIGHT (a radio cantata in memory of those killed) is a provocative and chilling new work explicitly addressing the use of language and the weaponization of radiophonic space in the perpetration of US war crimes, as evidenced in Bradley (Chelsea) Manning’s leaked ‘collateral murder’ video.

Joaquim Cofreces (Argentina) Dreamland was a captivating radiophonic work which explores the fragile line between the real and the illusion, representing acoustically the elusive Edgar Allen Poe poem, through a shifting soundscape, narrated by the voices of women reading the work across the globe.

Michael McHugh and Noizechoir’s The Dream of the Dream Scientist used biomedical data examining brain patterns during sleep, re-interpreted vocally through graphical scores. This eerie sound portrait of the sleep centre and the scientists working therein consists of building choral pieces performed and recorded by the Noizechoir with an explanation of the process and the science that underpins it. Radio Recall (2013) Magz Hall, is one of eight speculative ‘trace stations’: fictional radio stations that comprise from her ‘Switch Off’ project that imagines the sounds and novel uses to which the FM spectrum will be put following the proposed ‘analogue switch off’ of terrestrial FM broadcasting. It features local peoples radio memories recorded at the Old Lookout Gallery in Broadstairs last summer heard via a growing collection of vintage radio receivers, many donated offers are still welcome. Jim Backhouse composed a series of Incidentals in response to the interviews sourced from SW, LW and MW transmissions picked up from my collection and ones we built.

All the radio art works were broadcast in the space over 50 radios. We had some fantastic feedback  people particularly loved the vintage radios comments such as ” Interesting ideas the sounds feel like the last groans of old technology fading away ” and ” excited by the every growing army of radios multiples have the power to take over the world.” made it all worthwhile. People also were excited by the tone of the older radios which clearly contrasted with the new FM radios each old radio unlocked memories which visitors were keen to share, there was a real buzz in the air.

The audio showcase was accompanied by interactive visual art from digital artists Genetic Moo. Many children were drawn to this work as it was responsive to the surrounding sounds through an interactive visual wall called Aeroplankton (2014). Microscopic airborne protozoa called Radiolaria Aeoliae, display intricate mineral skeletons which act as receivers of extremely shortwave radio signals and children loved watching them and joining in.

The Dreamlands commissions are to be broadcast more traditionally this year on Basic FM, Radio Reverb, Sound Art Radio and Resonance FM in the UK, Radio Papesse in Italy and Wave Farm in the USA. Please read on to hear about the artists and more about the works 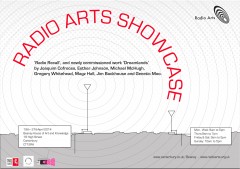 This ten day show in the Beaney Front Room gallery presents material from our recent radio art workshops and interventions, It showcases our Radio Arts Commissions exploring the theme of ‘Dreamlands’ with Gregory Whitehead, Noise Choir and Joaquim Cofreces new works broadcast for the first time in the gallery pior to their bening aired by community and radio art stations worldwide. The showcase also features ‘Radio Recall’, a radio installation by Magz Hall with Jim Backhouse drawing on peoples’ memories of radio with award-winning digital artists Genetic Moo visualising radio across the space with a new interactive work.