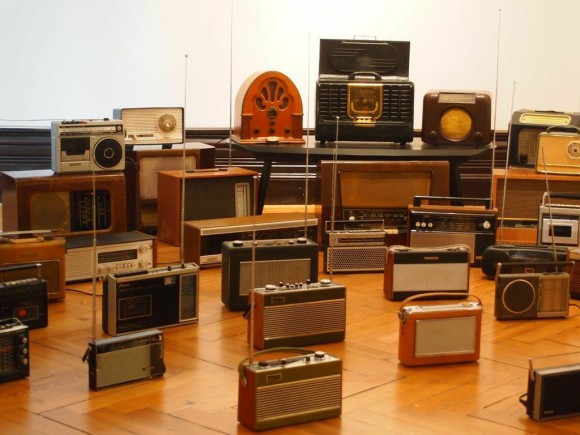 Radio Recall features radio memories of visitors to the Old Lookout Gallery in Broadstairs Kent UK a former fisherman’s Lookout across the English channel, the installation was transmitted to a collection of vintage radio receivers which gave each radio a specific voice. Jim Backhouse composed a series of Incidentals sourced from SW, LW and MW transmissions and this is the resulting mix.

Radio Recall was one of eight speculative ‘trace stations’: fictional radio stations which formed part of Magz Hall’s ‘Switch Off’ project , which imagined the sounds and novel uses to which the FM spectrum will be put following the proposed ‘analogue switch off’ of terrestrial FM broadcasting in the UK these are documented at