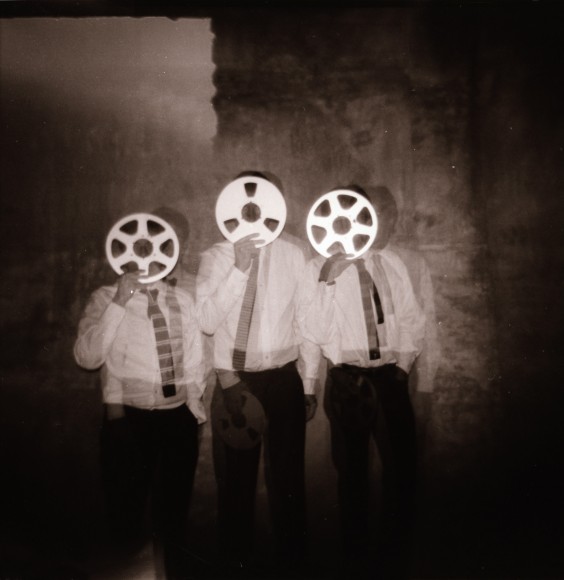 Muffled Cyphers is an audio-visual performance composed by members of the Langham Research Centre and is based on the writings of J G Ballard, particularly his novel The Atrocity Exhibition written in 1970. The piece is divided into seven movements some of which contain several ‘moments’. Sonic and visual images within Ballard’s texts inspired each of these moments. Exact descriptions of sounds, locations and actions, as well as ideas, feelings and dialogue became the starting point for composition. Ballard’s narrative is often non-linear and the way time passes in his work can be pliable and elastic: sometimes expanded, sometimes compressed, sometimes infinite. Muffled Cyphers does not attempt to illustrate or represent these features of Ballard’s work but rather to set up a kind of creative resonance that chimes with his dislocated sense of time and place and his extraordinary imagination.

Langham Research Centre formed in 2003, as producers at BBC Radio 3, based in London’s Langham Place. These were the last days that open reel tape was used for broadcast. We love the rich sound of tape, and the personalities and imperfections of tape machines. We wanted to recapture the spirit of the BBC Radiophonic Workshop, and make BBC programmes featuring our tape experiments. An early example was Gateshead Multistorey Carpark, entirely made out of the sounds of the infamous carpark from the film, Get Carter. Like an Early Music group’s use of historic instruments, we work with vintage equipment to perform 20th century classic electronic repertoire by John Cage, Alvin Lucier and others, particularly repertoire that can only be performed with reel-to-reel tape and other now obsolete devices. We also compose new music using this vintage instrumentarium, and are regularly commissioned to write new work for music festivals, one off concerts and art galleries. In 2014 we released the album, “John Cage: Early Electronic and Tape Music” on Sub Rosa.