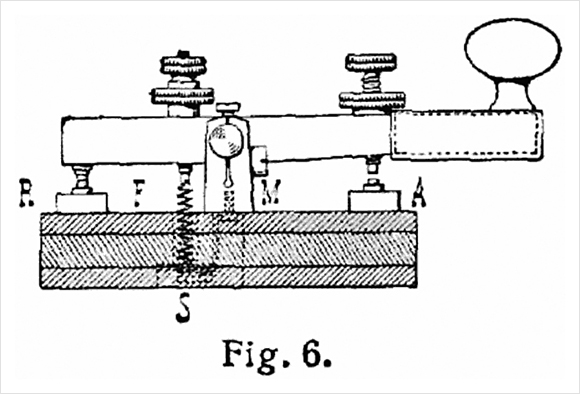 As a piece of media archaeology, Morse Code Choir tells the story of 20th century history – starting in 1907, when Canadian inventor Reginald A. Fessenden became the first person to send audio by means of electromagnetic waves, and finishing in 1997 when the UK ceased to use and monitor Morse code on the radio. The story is told through the moulding of sonified Morse code, a medium in which rhythm is inherent, but pitch is not. And so, whilst Morse Code Choir is made from audible dots and dashes, it is also a poetical evocation of a historical narrative, imagined as a choral work, as voices in the ether, manifesting the hypnotic relentlessness of history and bracketed by radio, Morse and their intertwined histories.

Morse Code Choir was composed in 10-year segments, punctuated by the two World Wars. The length of each individual phrase is determined by the news headline it encapsulates, further shaping structure and length of the work. Overall it contains three voices (low, mid and high) and three pan positions (hard left, right and centre), inspired by the historical flow of time through past, present and into the future.

Iris Garrelfs is an artist moulding complex sonic or multi-sensorial collages from found sounds or voices pulverised “into granules of electroacoustic babble and glitch, generating animated dialogues between innate human expressiveness and the overt artifice of digital processing” as the Wire Magzine put it. Her work has been compared to artists such as Yoko Ono, Henri Chopin, Joan La Barbara, Meredith Monk and Arvo Part and has featured in exhibitions, festivals and as part of residencies internationally, including Hack the Barbican, Liverpool Biennial, International Computer Music Conference, GSK Contemporary at the Royal Academy Of Arts, Gaudeamus Live Electronics Festival, (Amsterdam), or Visiones Sonoras (Mexico). She is currently an AHRC PhD research fellow at LCC in London where she also teaches on the BA Sonic Art.