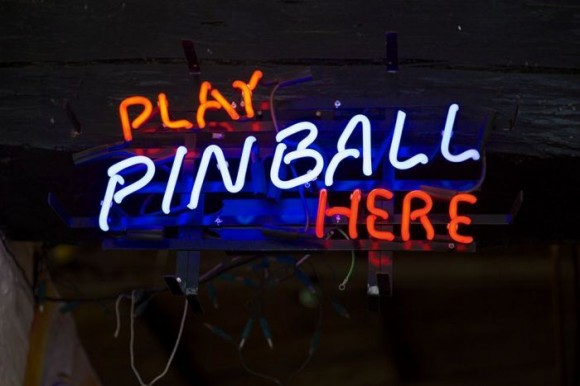 ‘Plunge, Flip, Bump and Score’ examines the world of Pinball machines in an age of digital gaming.  The provocative title refers to the common features of a traditional pinball machine, the mechanics used in order to win. Pinball machines are a symbol of nostalgic Americana yet there is still a thriving following for the game with tournaments taking place internationally. The programme examines our connection with analogue objects and gaming through the potential of musical sounds such machines can make. Esther Johnson has created a poetic audio montage that re-configures recordings taken inside and on a variety of pinball machines. These recordings are interwoven with interviews featuring pinball enthusiasts talking about their love of the game, and also recordings of actual playing from the perspective of the player themselves and the perspective of the ball rolling through the machine. The concept is a metaphor for larger universal themes of changes in technology and how this is changing our world and societies on a personal and universal level.

[sound file to be added]

Was aired on ABC Australia and Resonance FM.

Esther Johnson is a British artist working with audio, moving image and photography in order to unearth extraordinary, resonant stories that may otherwise remain hidden or ignored. She is a Reader in Media Arts at Sheffield Hallam University, UK and was awarded the Philip Leverhulme Prize in Performing and Visual Arts for young scholars from 2012-15.