We have held workshops in acoustic ecology, field recording, transmitter-building, Duchamp-inspired ‘radical vox-pops’ and all facets of Radio Art activity; at arts spaces and Galleries such as the Tate Britain, The Turner Contemporary, Margate, Beach House, Herne Bay, the LV21 Light Ship, The Old Lookout Gallery Broadstairs, Whitstable Biennale, The Beaney ,Quarter House for the Folkestone Triennial and the Supernormal Festival. We commissioned fifteen new works for broadcast on twelve partner stations and a dedicated online radio gallery, thanks to the support of Kent County Council, The Arts Council England, the Expanded Radio Research Group, Canterbury Christ Church University and the Community Media Association.

2015 Switched On live radiophonic event, the Beaney May 9th 7-10pm across the galleries

Switched On was a unique live event hosted by Radio Arts, and curated by Magz Hall presenting the work of an array of cutting edge sonic and visual experimenters. The Beaney will host live performances, installations and improvisations and will be illuminated by interactive visuals and kaleidoscopic sound-films. The performances will be complemented by radio installations and radiophonic music interludes.

2007 Published ‘You Are Hear’ CD, featuring 20 artists recordings from our archives

2006 Radio Art Workshops (eight weeks) The Albany, Deptford. Funded by European Social Fund and Awards for All. Aired on Resonance FM and in Canada and USA 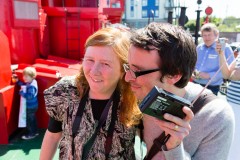 Radio and sound artist Magz Hall‘s practice investigates the potential of radio art beyond the confines of the studio. Focusing on its artistic potential, Magz has been exploring alternative futures for the medium. Her work has been exhibited in the Yorkshire Sculpture Park, Tate Britain, British Museum, Sainsbury Centre, Whitechapel Gallery, MACBA Barcelona, and galleries in Denmark, Italy, Germany, Morocco, Canada and the USA, as well as being broadcast worldwide. Her ambisonic soundtrack of Hong Kong Airport, for Foster & Partners was described as “extraordinary and rich” by Richard J. Williams in his book ‘The Anxious City’. She was a founding member of Resonance FM involved in all aspects of setting up the station (1998-06). She was commissioned for her “intriguing and beautiful work” Radio Mind by the Lightworks Festival. Spiritual Radio (2014) a transmitting book was commissioned for Unbinding the Book, a touring exhibition “pages of the book are held shut by copper nails, connected to form a transmitter circuit through which words flow in an eternal loop[…]the text awaits the listener who is tuned to the right frequency” (The Guardian, 2014).  She is a senior lecturer at Canterbury Christ Church University, and has a PhD from CRISAP (Creative Research in Sound Arts) at the University of the Arts London for her practice based PhD entitled: Radio After Radio: Redefining Radio Art in the Light of New Media Technology through Expanded Practice where she explored fictional futures for FM. Her latest work Tree Radio (2015) is currently installed at the Yorkshire Sculpture Park her website is http://magzhall.wordpress.com/ 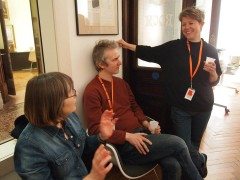 Since 2008, Tim Pickup and Nicola Schauerman have developed a series of interactive audio-visual installations under the name Genetic Moo. Darkened spaces reveal beguiling & unsettling creatures, combining elements of the human and the animal. Choreographed video clips respond in a variety of life-like ways to user motion and touch. The works are driven using open source software and webcams and can be easily adapted to different locations. They are interested in combining artworks together so that they interact with the audience, the space, and also each other. Winners of the Founders Lumen Prize 2013, they create complex immersive spaces. Tim was also an early pioneer at Resonance FM producing the ground breaking sonic art series ‘Audio Adventures in Science Pseudoscience & Nonsense’  broadcast.

Thanks to Theo Sykes, Richard Guest and Marc Everett who have created artwork for the groups projects since its inception and web work from Damian Swarbrick.

Radio Arts started as South London Radio Arts in 2001, by radio lecturer, producer and artist Magz Hall and DJ musician and producer CJ Backhouse to promote radio arts activity across London via Community Radio Stations. As Resonance FM founding producers they promoted the arts station and were key in setting it up as a full time station. (1997-2006). The core group relocated and expanded its practice across the South East with current members in Kent and London and later joined in Kent by digital artists Tim Pickup and Nicola Schauerman (Genetic Moo). Radio Arts have held public workshops, produced sound  installations, led public interventions, commissioned, published and broadcast new sound works by international artists. Their early activity was instrumental in helping develop London’s community arts station Resonance FM into a sustainable concern. Now located in South East Kent since 2008 where they are running an ongoing series of free public radio art workshops and projects.

In 2002 the group received an Awards For All grant enabling them to put on air over 200 artists on the You Are Hear radio show broadcast on Resonance 104.4 FM for five years. You Are Hear was a highly successful arts and music radio show heard weekly on Resonance FM across London and online then on demand at www.totallyradio.com until 2010.

The You Are Hear podcast was downloaded by over a million users.  Its now an archive of new music, festival specials and concerts available via  feeds.feedburner.com/youarehear and via Itunes. It received critical acclaim in The Independent in 2008, Time Out, The Wire and other publications.

The group also curated a sound art exhibition in 2005, ‘Circle of Sound’ as well as a series of live music events and a fundraising album ‘Flatpack Antenna’ which raised over £5000 pounds for Resonance FM.

In 2006 South London Radio Arts were awarded an ESF Fast Forward grant and an Awards For All grant to run a series of radio art workshops at the Albany Centre in Deptford, SE London; the work was then broadcast on Resonance FM. In 2007 they compiled a CD compilation showcasing five years of live radio sessions from their weekly You Are Hear show on the station. 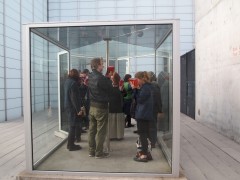 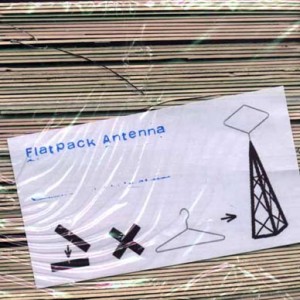