Radio Yaks: A Soundproof series in which eminent producers and sonic luminaries from around the world share audio they’re crazy about, and tell us why.

Magz Hall is a sound and radio artist, teacher, and co-founder of Radio Arts. Her work explores the artistic potential of radio and it’s use beyond conventional settings. Taking as her point of departure a hypothetical future characterised by vacant airwaves, Magz Hall’s work re-imagine’s radio’s utopian potential.For Radio Yak, she chooses five pieces that variously explore psychic life and reflect on conscious and unconscious human experience.

Listen to her sonic selection at this link

Soundproof have also aired several of our past commissions: CRAZY HORSE ONE EIGHT:Gregory Whitehead, Characterized: GX Jupitter-Larsen (US) and Plunge, Flip, Bump and Score: Esther Johnson hear them via our Radio Arts Gallery or via ABC. 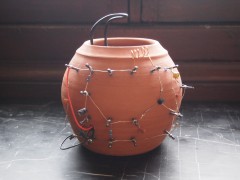